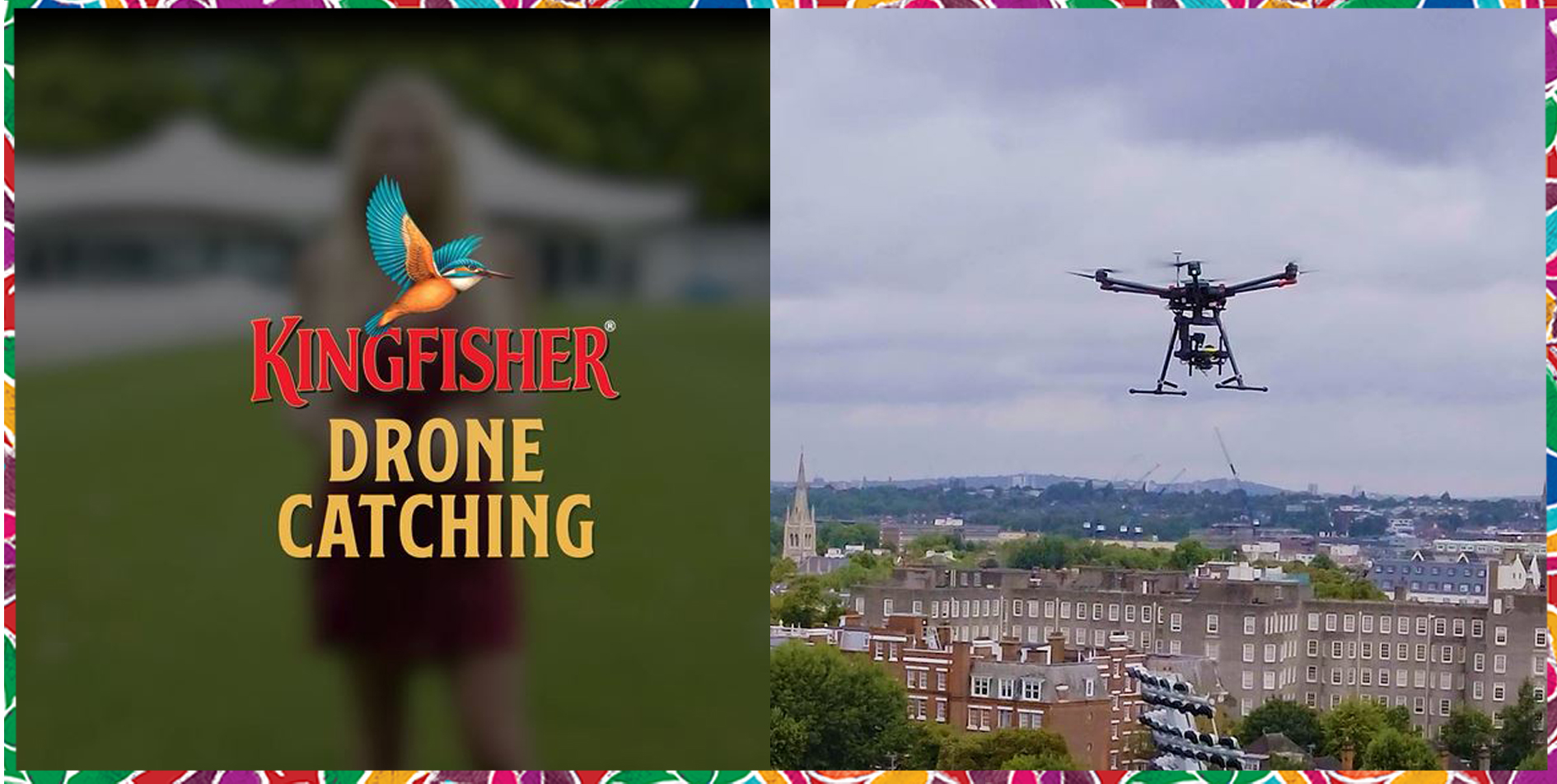 SHARE
Over the course of the summer Kingfisher Beer has been celebrating India’s cricketing tour of the UK by pitting the Barmy Army against the Bharat Army is a series of five “Tests”. These have included a ‘Chilli Eating Challenge’ and a ‘Tweet Off’ where the two teams took over the Kingfisher UK Twitter feed, all in aid of proving who the greatest cricket fans in the world are. The 4th Test was hosted by Middlesex CCC at Lords Cricket Ground, with representatives of the two armies attempting to break the world record for catching a cricket ball from a drone.

This record was originally set by ex-England Captain, Nasser Hussein, back in July 2016. He successfully caught a ball from 49m, or 161 feet. This record was then beaten in December 2016 by Kristian Baumgartner who set a new record of 62m. Despite challenging windy conditions, the participants were confident they could not only beat the record but completely smash it… and so they did! Having already beaten the record at 65m and 70m, the new record was finally set at 80m by Jamie Mann representing the Barmy Army. This is roughly the height of a 25 story building!

You can find a link to the video here!